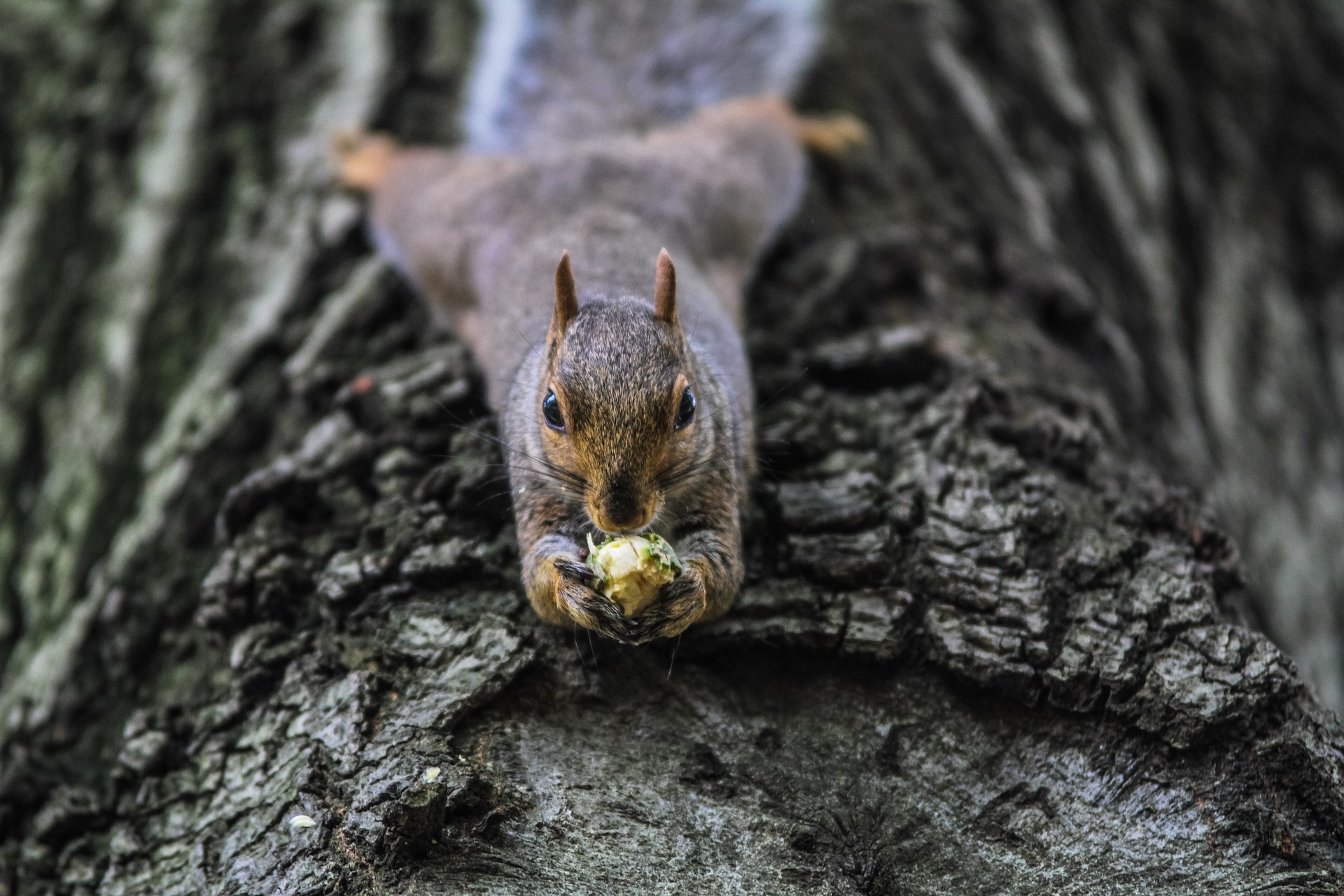 If you carry a sales quota, you have a lot in common with a squirrel.

In fact, most salespeople could actually learn a lot from the average squirrel.

This morning I slid open the door to my deck (the “flight deck,” as I think of it) and watched yet another Cirque du Squirreleil act: A squirrel leapt from an upside-down position onto a slick, tubular, suspended bird feeder hanging 10 feet over concrete, then leapt back onto the deck in a fraction of a second.

It was brilliantly executed, but far more brilliant was the fact that the squirrel had solved the problem of getting to what I had thought was a well-protected feeder – and to every other bird feeder we have ever put up.

Creativity and Perseverance: A Winning Combination

Think about it: Birds can fly, so how hard can it be to set up a situation in which the birds – wings and all – can get to the seeds, and squirrels (wingless beasts, last I checked – even the “flying” kind) are left watching on the sidelines?  Yet there’s a whole product category of squirrel-proof feeders. (Check it out: Google has about 211,000 results for “squirrel proof bird feeder” – in quotes!)

How could this be?

All salespeople should admire the behavior of squirrels. I know I do. I have a little picture book floating in my head titled, Think Like a Squirrel: The Relentless Rodent’s Guide to Problem Solving.

According to The Journal of Wildlife Management, the Eastern Gray Squirrel needs about 137 calories a day to survive. That is the squirrel’s quota. In their pursuit of that next cheek-pouch full of calories, squirrels do five things we, as salespeople, should emulate in business and in life.

Five Things All Salespeople Can Learn from Squirrels

Are the problems we face as salespeople, businesspeople, and human beings so much more difficult that we should dismiss squirrels as “stupid rodents” and adopt a more sophisticated approach?

Perhaps one that involves a lot of meetings and discussions, or in which we focus on the next problem after that other problem – beyond the one right in front of us?

Or perhaps we should give a half-try or two, declare it to be just too much, and demand some relief (and a base salary!) for our “efforts”?

Or should we let pride be our guide and refuse to do what has worked for others, because it’s not entertaining enough for us?

We can adopt any of these popular approaches and throw in a little envious chatter about how it’s just not fair that another lucky animal got a nuttier territory than ours when they’re headed to Top Squirrels’ Club and we’re left behind with the not-quite-good-enoughs.

Or we can think (and do) like a squirrel, take matters into our own little paws, and leave no feeder unturned.

Since the dinosaurs departed, relentless rodents have had a pretty good run. My advice: Go nuts and think (and act) a little more like a squirrel – today and every day.

Chris Beall is CEO of ConnectAndSell. For 30 years, Chris has led software start-ups as a founder or early-stage developer. He believes the most powerful part of a software system is the human being, and that the value key is to let the computer do what it does well (go fast without getting bored) in order to free up human potential. For Chris’s business insights, listen to his podcast, Market Dominance Guys.

Human-Centered Selling – The Psychology of Selling Through Video

How to Avoid Selling Too Soon with Customers